Marina Veziko is the Graphic Designer of the Year 2021. In her exhibition, under the name We think differently at night, Veziko, who is one of Finland’s leading designers, explores the role of intuition and the unconscious in creative work.

Marina Veziko (b. 1988 in Kiev) was presented the award of Graphic Designer of the Year 2021 by Grafia, the Association of Visual Communication Designers in Finland. Known as a bold and versatile graphic designer, Veziko works primarily with branding with her expertise ranging from visual brands to packaging and print layouts and digital applications.

The Graphic Designer of the Year Exhibition features seven new works by Veziko, in which she promotes new ideas and unusual perspectives with refined visuality and responsibility. The exhibition reflects on the role of intuition and the subconscious in graphic design. The works are exhibited in a dream-like space that has been created around them. The dramatized exhibition, designed in cooperation with designer Hanna Anonen and featuring texts by freelance journalist Elina Iida Sofia Hirvonen, seeks to guide the visitor to a source of secret wisdom.

Veziko’s working process is best described as strategic thinking combined with an intuitive and holistic approach. Veziko works with a wide range of customers and her projects range from luxury cosmetic brands and technological innovations to food products and cultural institutions. Veziko has designed for, inter alia, the Helsinki Design Week and IKEA, and her brand-building projects include both Finnish and international clients. She is also one of the two founders of the FEW magazine that focuses on minorities in Finland.

Marina Veziko has received numerous awards and featured several times in international design media in recent years. In 2016, she was nominated one of the recipients of the Nordic Creative Talent Award by Adobe. Veziko has studied at the Lahti Institute of Design and the Royal Danish Academy in Copenhagen, and before setting up her own studio in 2019, she used to work for a graphic design agency in Helsinki. 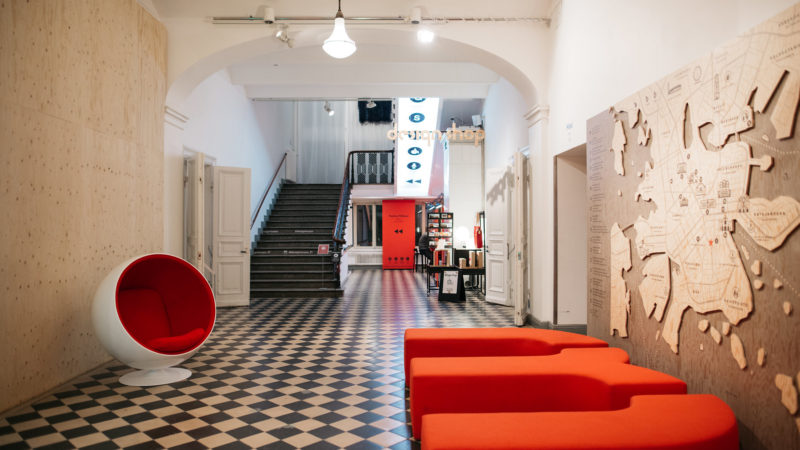